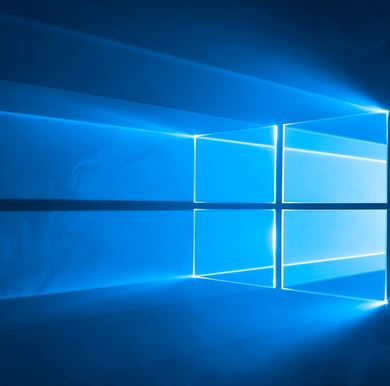 Anyone using Windows 7 or 8.1 has probably been hassled by their computer a time or two since the pending release of Windows 10 was announced at the start of June. You’ve probably noticed a small Microsoft symbol (the stylised, white, 4-paned window symbol) in the bottom-right corner, next to the clock. Occasionally, a small window pops up from here and, initially, it asked you to “reserve” your copy, but following the July 29 release date, it has urged you to “upgrade”.

Windows 7
This was an incredibly popular version of Windows that came out in October 2009. It took over from the incredibly unpopular Windows Vista. There are still more computers using Windows 7 than both of the Windows 8 releases combined.
You can upgrade to Windows 10 directly from Windows 7.

Windows 8
If you haven’t used Windows 8 yourself, you probably at least know someone who hates it. Until July 29 this year, it was the latest version of Windows. It was released in October 2012 and it’s hard to find someone who has something nice to say about it.

Most people found the missing Start button totally disorientating. It had been replaced by a Start Screen… which was sort of helpful if you knew the secret to using it. However, the Start Screen only showed you all your apps but did not have other familiar features such as Shutdown or a Control Panel link.

And, if you managed to find your way to the Control Panel (another secret handshake), the fact that some items had been stolen from it, renamed and plonked into what is virtually a second control panel called Settings was quite confusing to many people, too.
You cannot upgrade to Windows 10 directly from Windows 8; you must first upgrade to Windows 8.1.

Windows 8.1
A major update released exactly 12 months later, Windows 8.1 replaced the Start button… although all the button did was take you to the Start Screen!  Some items in the Settings section were also renamed and rearranged seemingly to further the confusion of the dual control panels of Windows 8, so the update did little to increase the popularity of the Windows 8 series.
You can upgrade directly to Windows 10 from Windows 8.1.

Get It Right!
With these stuff ups in mind, Microsoft had to make sure that they got Windows 10 right. (“Why not Windows 9?” I hear you ask. Well, that’s another story.) Indeed, Windows 10 has a real Start button again and it actually shows you all your programs and apps in a small panel on the left of the screen. You can customise this panel if you like and add in some of the Windows 8 style tiles for frequently used programs. Or not. It’s totally up to you, which is one of the great features of Windows 10.

Settings is obvious, but it still does not make the Control Panel easy to find. However, one really good feature is a search field sitting right on the Taskbar, so if you wanted to find say… I don’t know… Control Panel, you can type the words right there and it will give you a link straight to it (what do they have against the Control Panel?).

New Computers
Brand new computers that have been installed from scratch with Windows 10 seem to work well and have been received favourably by people using them.

There are the usual issues that occur when a new operating system is released where some third party manufacturers have not got their acts together in time. Occasionally, I come across some models of hardware (mostly printers) that don’t yet work with Windows 10, but apart from that, Windows 10 seems to be stable and easy to use.

But What about Upgrading?
Having said that, computers that have been upgraded to Windows 10 from Windows 7 and 8.1 aren’t as carefree. Don’t get me wrong, they’re not all bad. In my household for example, I’ve upgraded 4 computers and only 1 of them had an issue. But fixing these sorts of issues is my area of expertise, so it’s no big deal for me.

If your computer is already having difficulties (some programs not working properly, computer is slow, adverts frequently popping up when not expected), it is not a good idea to upgrade. Some problems may be fixed by the upgrade but usually the problems get compounded instead.

If you really want to upgrade, you have until July 2016 to do so for free, so my advice is to bide your time until all the upgrading wrinkles have been ironed out by Microsoft before you give it a try. Let others be the guineapigs.

Be aware that you should check to make sure any critical software that you need to use will work with Windows 10 before you do the upgrade.

What about If I’ve Already Upgraded and I Hate It?
There’s good and bad news if you’ve already upgraded but want to go back to what you had before.

Good news: we can reverse the upgrade for you and roll your computer back to whichever version of  Windows you had before… but, unfortunately, only if you’re in time. This brings us to the bad news.

Bad news: Microsoft only allows the roll back to be done if it has been less than a month since you upgraded! It is still possible to get your previous version of Windows on your computer, but this involves installing Windows from scratch again which means wiping out all your data and programs. If you’re in this situation and are wishing you’d never upgraded because of problems you’re having, we have now had a lot of experience in solving the bugs, so we will be able to help you avoid the painful process of starting from scratch again.